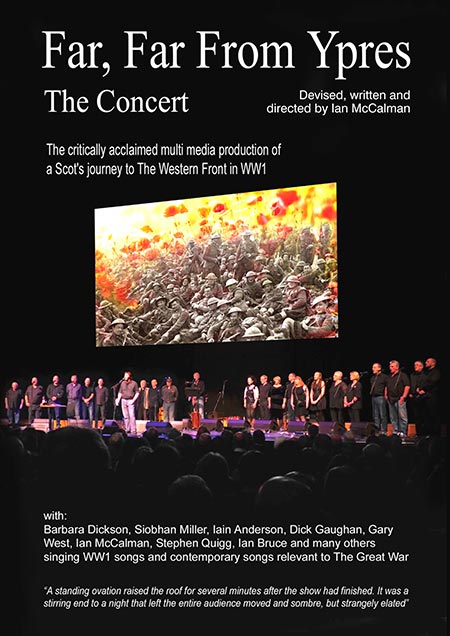 Ian met many old friends and mail order customers on the tour and their feedback after the concerts was consistent: “A wonderful concert and very emotional…” (as they wiped away a tear or two). Ian has seen the show about six times and watched the DVD twice and still enjoys the amazing spectacle (with a tear or two!).

The Usher Hall, Edinburgh, has recently made tickets available for the Upper Circle to accommodate the huge demand for tickets for 11th November.

The Nick Keir Commemorative Concert at the Acoustic Music Centre during the Edinburgh Festival Fringe was a sell-out, and a memorable evening of Nick’s songs, sung by some of his friends and ending appropriately with Nick’s recording of Festival Lights. This song is a Fringe anthem and the words are painted on a wall of The Royal Oak, home of the Wee Folk Club.

Sales of Nick’s compilation album 1953 to 2013 - A Double Album Reflecting the Talents of Nick Keir sold well on the night. It includes 37 songs, all written by Nick apart from one, and is the definitive collection of Nick’s work.