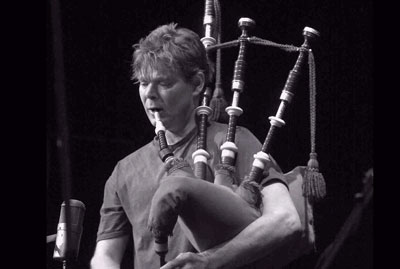 The Gordon Duncan Memorial Trust are planning the creation and release of the second collection of the late, great piper and whistle player Gordon Duncan’s compositions: Book Two.

As well as some hidden gems, they are adding traditional compositions that Gordon made his own, including Scottish, Irish and Breton compositions and the full written score for one of his most influential arrangements, AC/DC’s Thunderstruck.

For various pledge amounts you could have received:

All proceeds go to the Gordon Duncan Memorial Trust in order to create and publish the book and the various limited edition T-shirts and Hoodies.

The Trust are looking to launch the book officially at Celtic Connections in January 2016.

The Gordon Duncan Memorial Trust was set up in 2007 to promote and support traditional music. They released Book One of Gordon’s compositions in 2007 and have sold more than 5,000 copies since launch.

“Gordon Duncan composed hook lines worthy of the best songwriters in history, improvised as well as any jazz musician, played piobaireachd like a classical soloist and grounded all his work firmly on a centuries-old canon of traditional music he loved. We will benefit from that work for years to come…” (virtuoso Celtic guitarist Tony McManus)