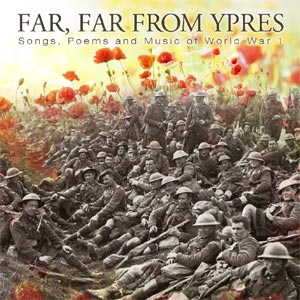 Apologies for some recent mail order delays, normal service has now been resumed. This was entirely due to the very sad death of Ian Green’s wife June Green on 7th October, after a long illness.

This month’s Special Offer as we approach Armistice Day is Far, Far From Ypres - Songs, Poems & Music Of World War One. A double CD, this album consists of World War One soldiers’ marching and trench songs, with music hall songs of that period, as well as songs, poems and piping tunes composed about WW1 and performed by such artists as The Corries, The McCalmans, Eric Bogle, Dick Gaughan and many more.