Over 70 of these CD titles are still available, covering 30 years from 1986 to 2016. They include many classic Greentrax Recordings and Culburnie Records albums. £5.00 each while stocks last.

April 2021 News: The Hamish Henderson Tribute Album Volume 2 is getting underway as soon as the current lockdown eases. Featuring more of Hamish’s songs and poems, recording will commence in mid-April when Cameron Nixon will go into the recording studio with producer Dr Fred Freeman, followed by Fiona Hunter (of Malinky) and John Morran (of Deaf Shepherd). The first Hamish Henderson Tribute - A’ The Bairns O’ Adam was released in September 2003.

Ian Green was sorry to learn of the death of Jock Duncan, a lovely man, a great traditional singer and bothy ballad exponent. He will be greatly missed. 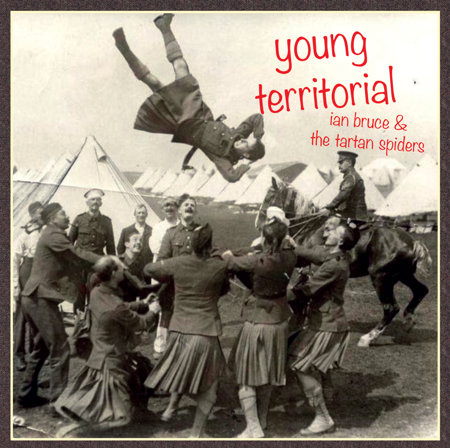 Every Regiment has legends and songs. These go beyond the tunes of the marching band and the laments of a church service but tell the real human story of the time and place. They come from the soldiers and form part of the DNA of a unit, connecting past to present in vivid, emotionally-charged, unifying ways. Stories make a Regiment become more than just a badge to the people in it.

Ian Bruce was invited to record and produce this album of tunes and historical stories collected over the years by the Regiment. Ian put music to the stories and made them into wonderful songs. He also recorded the album in his own studio and produced, mixed and mastered it, calling on several friends to session with him. They include: Fiona Forbes (backing vocals), Denise Crighton-Ward (bass), Lt Col Rob Pitt (recitations), Kev Green (lead vocals, harmony vocals and recitations), Charlie Milne (lead vocals, harmony vocals and recitations), Gregor Lowrey (accordion and melodeon), Pete Clark(fiddles), Alastair Morrow (drums), Alasdair ‘Sandy’ Gibbs (bagpipes) plus others.

If you've ordered from us recently, we'd appreciatea review of our service on Google - thanks!